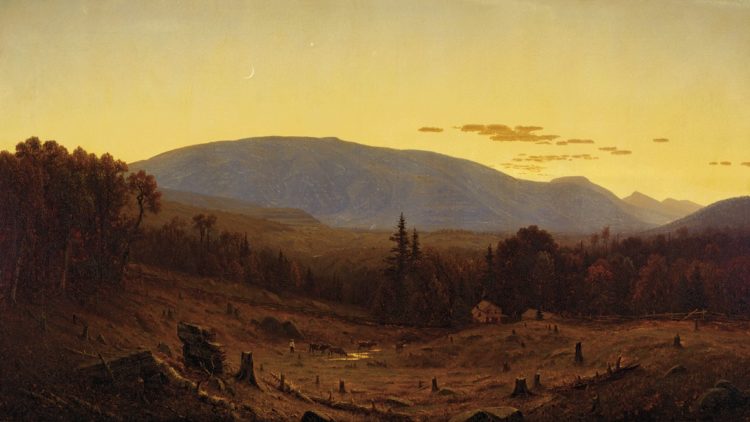 This course explores the ways in which artists have responded to the natural environment in the United States and Canada from the early 19th century to the present day. Beginning with Thomas Cole and the Hudson River School, we will look at how American artists approached the genre of landscape painting and infused it with issues of national identity and politics. As we move into the 20th century we will find artists using landscape to explore issues of objectivity and subjectivity. In Canada, Tom Thomson and the Group of Seven were determined to create a uniquely Canadian art and they did so through landscape painting. In both Canada and the US, artists attracted to landscape painting often held grand ambitions for their art, believing it capable of inspiring social change or awakening spiritual feeling in the viewer. As interest in representational art waned in the 20th century, artists such as Robert Smithson, Nancy Holt, Michael Heizer and Walter de Maria began to engage directly with landscape in the making of Earth Art or Environment Art. Through our survey we will discover that artists have turned to landscape for a variety of reasons: to celebrate or memorialize human expeditions and battles, to explore spirituality, to escape the commodification of art in the gallery, and most recently to raise awareness of environmental problems.