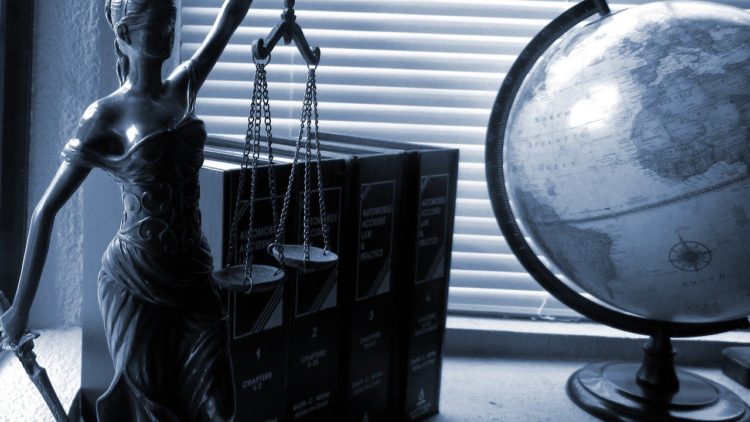 The International Institute’s Legal English Series has been designed specifically for lawyers who want to further develop and expand their English language skills within a legal context.

Module 1 of our Legal English series addresses global legal issues, including, but not limited to, contract law, business law, and criminal matters. Students will practice various writing exercises to perfect their understanding of legal terminology, which include writing summaries and short essays to ensure proper and stylistically correct usage of the terminology learned in the classroom. Listening skills will be practiced through the use of diverse listening exercises, such as videos, interviews, and lectures. Speaking skills will be practiced and enhanced through oral presentations, small group discussions, debates, interviews, and role-playing scenarios. Students will work collaboratively throughout the course, challenging them to engage their critical thinking and oral proficiency skills.

This course is only open to Advanced level (C1) students or higher. You can learn about the teacher, April Stancliff, by visiting her LinkedIn profile. April has her own law practice and is also a qualified English instructor, making her the ideal teacher for this class.

Each two-hour class will present a unique set of legal facts from which the student will learn new legal English terminology, as well analyze the facts in the context of the legal issue presented.

Uber and the Law: Uber has become a national and international sensation. In fact, Uber has largely replaced the traditional taxi in many aspects. But what are the legal challenges Uber and other companies like Uber face with regard to its drivers? Where is the concept of the “gig industry” going? How do you overcome the potential negative consequences of the independent contractor?

Students learn legal English in the context of civil law, which also touches on relevant aspects of employment law. Students will each have the opportunity to discuss their understanding of the law as applied in the video.

Defamation and the Law: Did Devin Nunez Just File a Halfway-Decent Defamation Lawsuit?: The act of making false statements against another and the resulting legal consequences. Are government officials exempt from filing defamation lawsuits? How are they protected? Explore the landmark United States Supreme Court case of New York Times Co. v. Sullivan (1964).

Students have the opportunity to explore and learn one of the most well-known cases involving freedom of speech in the United States. The legal English involved touches on public/governmental law. Students will have the opportunity to take opposing positions in a hypothetical scenario, analyze the facts, and write short summaries of their argument using the legal English terminology learned.

The Felony Murder Rule: Should a criminal defendant to be charged with first-degree murder for a killing that occurs during the commission of a dangerous felony, even if the defendant is not the killer?

Students learn legal terminology surrounding the two types of criminal law – felony and misdemeanors. After watching a brief video, students will review a hypothetical fact pattern and engage in role-playing as prosecutor or defense counsel. Students will have the opportunity to argue their position, utilizing legal English and criminal vocabulary regarding this controversial law still in effect in the United States.

Leonard v. PepsiCo (1999): Also known as the “Pepsi Points Case,” a humorous commercial is taken literally when a viewer sues Pepsi Co. for the delivery of a Harrier Jet not offered as a prize for the collection of “Pepsi Points,” but simply intended to add humor to the Pepsi Co. commercial.

Students will watch a very short commercial involving the consumer’s ability to win prizes for purchasing and collecting “points” which can be redeemed for various items. The legal issues involved are formation of contracts, offers, and acceptance. Students are engaged in learning common contractual terms, and have the opportunity express their understanding of the legal concepts in the form of a brief written memorandum as to the existence of a contract in a hypothetical contractual scenario.