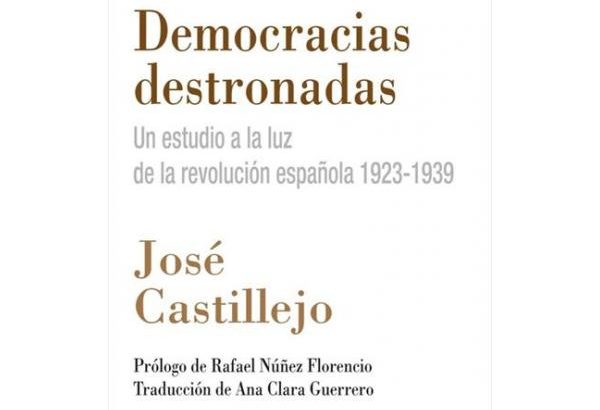 “Dethroned democracies: a study in the light of the Spanish revolution, 1923-1939” by José Castillejo

“Written from notes and materials used for lectures given by the author throughout 1938 and 1939, this book arose in a historical setting in which democracies sank one after another. In the specific case of Spain, a monarchy fell in 1868, another in 1873, a first republic in 1874, a new monarchy in 1931, and a second republic in 1936.”

Taken from The book house.