Exhibition “Eugeni Forcano. Catch life. Photographs” “Eugeni Forcano, National Photography Award 2012, is one of the most outstanding chroniclers of Spain in the last years of the post-war period and Francoism. The exhibition brings together 150 photographs of his best-known works in black and white as well as his experimental work in 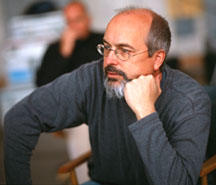 Exhibition “Bill Viola [in dialogue]” “The project revolves around The Quintet of the Silent (2000), Dolorosa (2000), Silent Mountain (2001) and Surrender (2001) accompanying paintings by José de Ribera, Alonso Cano, Zurbarán, El Greco and Goya, as well as the suggestive Dolorosa by Pedro de Mena. These paintings form the core

Exhibition on Maruja Mallo “Dalí used to say that she was half angel, half shellfish. She has been linked to the Generation of 27 and the Surrealist Movement. But Maruja Mallo (Viveiro, 1902-Madrid, 1995) was much more than all that. Tremendous, meticulous, a woman of great character, her image is also linked to the modernity of