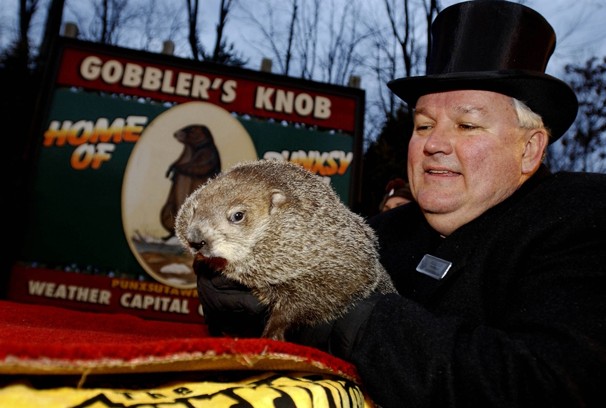 The Groundhog has Spoken! Six More Weeks of Winter!

Today, February 2nd, is Groundhog day in the United States. Every year on this date, eager observers gather in Punxsutawney, Pennsylvania and watch via TV and Internet from around the world, to learn the prediction of  Phil (the Groundhog).

Legend says that if Phil sees his shadow when he leaves his burrow (hole), then he will be frightened and return to his burrow. This means we will have six more weeks of winter.

However, if Phil does not see his shadow, then spring is just around the corner (nearly here).

This morning, Phil predicted that we will have six more weeks of winter.

You can watch the ceremony here. Phil comes out at minute 10:32.

The Kids’ Club class made pop-up groundhogs this week, with an activity from enchantedlearning.com.