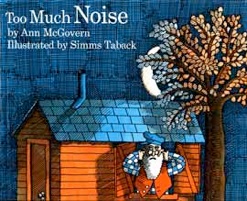 New activity at the library to learn and have fun at the same time using dramatic reading of scripts based on children’s stories. Kids will hear the story, do some drama exercises, and practice reading the scripts with intonation and expression.

This activity is for 9 to 12 years-old (4º-6º Primaria) with a high-intermediate or advance English level. It will be held one Friday per month at 18:00, starting on October and finishing in June.

Readers’ Theater will be led by Chloe and Christine, two teachers from the International Institute English program.

The activity forms part of the library services for library members. They will need to show their library card and send an e-mail to biblioteca@iie.es confirming their participation in the activity any time from the first day of the month and up to the week of the Readers Theater session.

Non-members who want to participate have a symbolic associated cost of 3€ per child for each session. The tickets can be obtained at the library check-out desk the same week of the session up until 15 minutes before the beginning of the activity.

April 2013 script around the book:

“Too Much Noise” by Ann McGovern & Simms Taback

Peter complains his house is too noisy so the wise man advises him to obtain some rather unusual house guests.  Too Much Noise makes a great classroom play. There are so many animals in the story and they make so many animal noises that everyone can have a part in the play

Recommended links for parents and teachers: