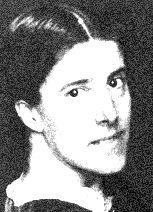 The story of the month analysis: “The Yellow Wallpaper” by Charlotte Perkins Gilman

The theme of this year’s cycle – “Great Short Stories from Lesser Known Authors/Lesser Known Short Stories from Great Authors” – raises intriguing questions with regard to our story for November, Charlotte Perkins Gilman’s “The Yellow Wallpaper.” Where, exactly, should we situate Gilman and her story in relation to our understanding of what it means to be well- or lesser-known?  Although “The Yellow Wallpaper” is today a standard text on university-level syllabi, the story is not as widely read outside the United States.  During her lifetime, Gilman was, certainly, a great writer, not to mention lecturer, campaigner and activist for women’s rights.  Her work for The Forerunner, a feminist magazine written almost entirely by Gilman herself and published between 1909 and 1916, is a testament to her commitment to the personal and political calling of the woman writer, a theme which she deals with indirectly in “The Yellow Wallpaper.”  After her death in 1935, her work fell somewhat into obscurity, and it wasn’t until the feminist movement of the 1960s that she was rediscovered and championed as an early-twentieth-century feminist pioneer.  The name Forerunner was thus well-chosen, as its treatment of women’s sexual, economic and medical oppression has remained relevant throughout the twentieth and twenty-first centuries.

Published in 1892, “The Yellow Wallpaper” documents the devastating effects of the “rest cure,” a nineteenth-century treatment for nervous disorders developed by Dr Weir Mitchell (mentioned briefly in the story).  The strict rest cure prescribed by John, the narrator’s husband and physician, is in reality a means of controlling the narrator’s actions and thoughts.  Through this, Gilman offers a commentary on the dangers of women’s economic dependence on men as part and parcel of marriage.  On Tuesday we’ll talk about the dynamic between the narrator and her husband, focusing on the tension between the “rational” or “scientific” male point of view and the “irrational or “hysterical” female point of view.  As you read, think about the ways in which Gilman offers a critique of marriage as it existed in the nineteenth century.  How does she show the suffocating effects of traditional roles for women?  How does John go from being a loving husband and concerned doctor to a sinister and manipulative jailer?  What does Gilman seem to be saying about notions of women’s place in society?  I will be particularly interested in your response to the descriptions of women’s place/space in this story: namely, the sinister nursery room at the top of the house, with it barred windows and hallucinatory yellow wallpaper.

“The Yellow Wallpaper” might seem rather different from Salinger’s “Uncle Wiggily in Connecticut.”  Certainly, we are no longer in a familiar suburban setting, surrounded by snappy, colloquial dialogue.  But if the two stories have anything in common, it is that both draw us, almost in spite of ourselves, into spaces of domestic confinement, spaces where women’s true selves have been stifled by social convention.  As we find ourselves inhabiting these spaces alongside the characters, what happens to us in the final moments of these stories, as the women attempt to break free from the confines of their lives?  If the characters cannot ultimately manage to free themselves, is it simply enough that we, the readers, recognize their desire to be free?  Happy reading, and see you Tuesday.