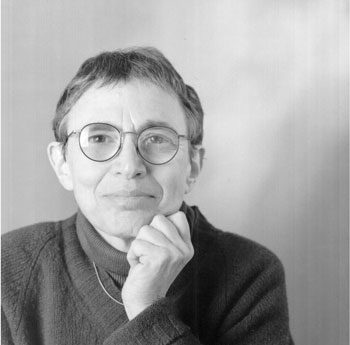 Autumn is well under way, and we have some delightful seasonal poems to read as the days get shorter, the nights get a little spookier, and we spend more time indoors.  For me, Marilyn Hacker’s “Essay on Departure” (2006) evokes that feeling of ghostliness that marks the change of season from summer to autumn.  The opening line of the poem draws us immediately and intimately into a space once bustling and inhabited, but now no longer so.  It is, in many ways, a haunted space, and here is where the wonderful paradox at the center of this poem begins to emerge: a haunted place is, in fact, inhabited, or at least visited by the spirit of someone who is no longer there.  This uncanny shifting of position has much to do with the word “leave,” which repeats throughout the poem.  “Leave” refers both to the act of departing, and to the things that remain behind after one has departed.  “What’s left,” the speaker asks, “when you have left, when what you have left is coins on a table and an empty cup?”  This sense of still being present in a place after we have left – or, equally, of being haunted by the things we have left behind – is made all the more powerful by the poem’s intimate use of “you.”

Who is the “you” in this poem?  Is it a ghostly lover, the beloved love-object of a the speaker’s desire?  Is it the speaker herself, refusing to root herself into existence with the lyric “I” of the confessional poem?  Is it you, the reader, now drawn into the poetic landscape in a way you had not anticipated?

In “Essay on Departure,” there is the invitation, the temptation, to linger in the landscape of the past, to revisit familiar scenes of nocturnal wanderings.  And yet, ultimately, the poem moves us beyond these old spaces and into the present.  In the last few lines we see how the present suddenly dissolves before our eyes and becomes the past.  It is, perhaps, the anticipation of a new present that takes us along with it into an ever-changing future.

Hacker’s career as a poet spans over forty years; she has worked in an amazing variety of poetic forms, and has engaged with numerous themes.  In our session, I’d like us to also look at “A Man With Sons” (1980) and “Pantoum” (2014).  “A Man With Sons” is another poem that asks us to think about the intimate relationship between the speaker and the “you” who inhabits the poem.  Here, though, this relationship is explored from a feminist viewpoint.  The speaker is thus not only exploring the complicated tension between the past and the present, but also the complicated tensions between men and women.  For them, the present is marked by the struggle to leave behind a past they no longer inhabit and move towards an indeterminate future space.

“Pantoum,” you will notice, has a very different form from these other two poems.  A pantoum is a poem “composed of four-line stanzas in which the second and fourth lines of each stanza serve as the first and third lines of the next stanza.  The last line of a pantoum is often the same as the first.”  Observe this pattern as you read; follow it, and see where it leads you.  Who are the people you encounter?  What time and place are we in?  How are the answers to these questions best served by the use of this particular poetic form?

We’ll talk more about different poetic forms on Monday, and also about the connections between these three poems.  Until then, I invite you, I urge you, to linger in the spaces and places of these poems, accompanied by figures you may or may not recognize, and to reflect on old, familiar struggles to leave behind certain things, and yet not forget others.