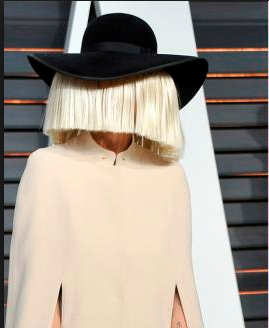 My hero by Jorge González Aguado:

However, he plays in the Germany selection.

He´s tall, he weighs 75 KG, he has blond hair and Brown eyes. I found out about him when he played a football match versus Real Madrid and he scored two goals.

The person I admire is Isaac Asimov. It was a science-fiction writer. He write a lot about the future of humanity on other planets and the relationship of humans with other civilitations.

I admire him because I like the perspective he used in his books, and I also like his characters like Lucky Star. I also like the ideas he had about the future of space travels, humanity, etc… So I think that Isaac Asimov was a person with a lot of imagination and he was a very good science-fiction writer.

Patrick Rothfuss is an American writer of fantasy and a college lecturer.

I like his books of fantasy and mythology a lot, especially the books about the Greek Gods.I admmire him because when I grow up, I want to become a writer,I don´t know a lot about him but his books are fantastic.

In conclusion I like his work, his books and I hope he continues writing for a lot of years.

I admire J.K.Rowwling because she has a lot of imagination and it is so difficult. She also hooks the readers into the story and that is important too. I love her books and I want to be a writer like her. The thing that I admire the most in her is her wonderful imagination. I started to write a book but it is so complicated.

I hope she will write another book because she writes very well.

She has two children and they have to be so proud of her because she has to be a very good mother.

Sia is a famous singer.

I admire her because she’s the only singer I know that doesn’t show her face, this is because she doesn’t like being a famous person.

Most of the popular singers are famous because they are beautiful. Most of the singers I’ve known are like little perfect models but Sia isn’t. That’s why I admire her because she doesn’t care about what people say about her or about her songs.

My conclusion is that you can be perfect and have a confidence without showing your face.

I’m going to talk about my aunt. My relationship with her is very good.

She is cheerful and intelligent. She is tall, medium build. She has blonde hair, brown eyes and straight hair.

I admire her because she shows my sister and me a lot of arts and crafts, and we love doing it.

In conclusion, my aunt is a good person and she has a lot of imagination, and that´s why I admire her.

I am going to write about Rubius because he is a very famous YouTuber. He is 25 years old and his birthday is the 14 of February, 1990. He is silly when he is recording a video but I think he is serious in ”real life”. He is always happy. He is tall and thin, he has short brown hair and he has dark brown eyes.
I admire him because he always makes people happy, I don’t know how. I think he is crazy. He makes videos but he wrote a book too. In addition, he makes very short movies and puts them on youtube. He also likes being with his friends. He’s more confident when he is with his friends.

I am going to talk about my Great-grandfather.

Our relationship was very good, I Iove him and I admire him.

My Great-grandfather was a Military person who went to the military and later he went to war. When he was there, a person shot him in the eye, so he had a glass eye.

I admire him because when they shot him he didn’t give up and he kept going.

He was tall, intelligent, and very brave.

He was always nice to people.

He had short brown hair, brown eyes, and he had a full beard.

And my conclusion is that I am happy because I met this wonderful person.

He is a very wise person and funny too. He is a Physicist and he discovered the Theory of Relativity.

He has a moustache. His hair is wavy, short and white.

I admire this person because he curious and he knows about the Universe and he has other ways of thinking.

My conclusion is that I would like to meet this person but it is impossible because this person died in 1955.