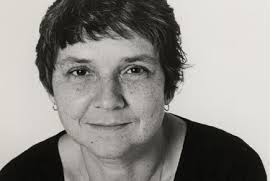 ENGLISH READING CIRCLE ON POETRY AND PROSE POETRY – POEM OF THE MONTH ANALYSIS: “DIVING INTO THE WRECK” BY ADRIENNE RICH

This month we’re going deep into the realms of poetry with Adrienne Rich’s “Diving into the Wreck” (1973).  Rich was an accomplished poet by the age of 22, winning the prestigious Yale Younger Poets Prize in 1951.  Much of her early poetry is characterized by an adherence to formalist poetic traditions and has been described by feminist literary critic Elaine Showalter as the kind of poetry that would “please and impress her male predecessors and judges.”  However, in 1963 something changed.  This was the year that saw the publication of Sylvia Plath’s Ariel, Betty Friedan’s The Feminine Mystique, and Rich’s own Snapshots of a Daughter-in-Law.  In their own unique ways, each of these writers explored the experience of being a wife and mother in postwar America.  Feminist voices were beginning to be heard, and women poets were making connections between the private, intimate experiences of their lives and the wider social conditions of the worlds they were living in.  If the personal was political, then it was poetic as well.

But where exactly do the personal, political, and poetic intersections of “Diving into the Wreck” converge?  Where does one strand end and another begin?  This poem was written against a backdrop of turbulence in both Rich’s personal life – a divorce from her husband followed by his suicide in 1970 – and the United States.  America in the 1960s had witnessed the Civil Rights Movement, the Second Wave Feminist Movement, and the Anti-War Movement, which protested the US’s involvement in Vietnam.   “Diving into the Wreck” takes these life-changing personal and political events along with it, as it journeys into an underwater realm where the speaker is looking for, as she puts is, “the wreck and not the story of the wreck / the thing itself and not the myth.”

Just what is this “wreck” that the speaker is looking for?  Is it (the wreck of) her marriage?  (Who is that “merman in his armored body,” anyway?)   Is it America, exhausted by decades of struggle at home and abroad?  Is it the truth?  The fact that the speaker distinguishes between an experience (“the thing”) and the retelling of that experience (“the myth”) makes this poem very much about the power—and the shortcomings—of language, and of poetry.

We’ll talk about this intriguing idea of journeying towards wreckage on Monday.  Until then, follow Rich’s lead and take the plunge into the unknown world of her poem.

Listen to a recording of Rich reading “Diving into the Wreck” here.