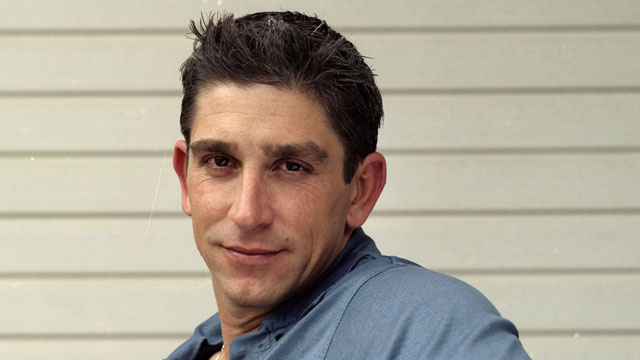 ENGLISH READING CIRCLE ON POETRY AND PROSE POETRY – POEM OF THE MONTH ANALYSIS: “ONE TODAY” BY RICHARD BLANCO

The English Reading Circle on Poetry has returned for 2016-2017, and we’ve got a great selection of poems for the upcoming year!  We’re going to be reading poems by contemporary American poets associated with the Unamuno Author Series taking place here in Madrid.

With a nice sense of continuity, our first poem of the year, Richard Blanco’s “One Today,” picks up where our last poem left off.  Both Blanco and our June poet, Maya Angelou, were chosen to read a poem at a presidential inauguration—Blanco in 2013 at President Obama’s second inauguration, and Angelou in 1993 at the first inauguration of President Bill Clinton – and their poems speak to us about the ideals and myths that endure in the American consciousness in the late twentieth and early twenty-first centuries.  In Angelou’s “On the Pulse of Morning” the triumphant dawning of a new era is marked by the simple rising sun of a new day.  This rising sun, which closes Angelou’s poem, returns twenty years later in “One Today,” which opens with “one sun” that makes its way across a nation of individuals “yawning to life,” each and every one “as vital as the one light [they] move through,” so that the individual and collective experiences of being, and, more importantly, of being American, merge and blend and become one.

In Angelou’s poem, the different individual pasts that make up America’s present come together in a historical moment defined by its diversity; inclusivity is a cause for celebration.  In Blanco’s poem, by contrast, inclusivity has shifted slightly to become something seemingly more simple, but in reality more complex: unity.  Any sense of what makes one American different from another is passed over as “One Today” is most concerned to evoke a sense of belonging to an America that is instantly recognized by everyone.

“One Today” celebrates America by offering a panoramic view of the nation, as Blanco revisits the familiar landscapes of majestic mountains, fertile fields of grain, and winding rivers working their way towards the sea.  But he also zooms in to show us a nation of highways teeming with silver-sided trucks, rhythmic traffic lights directing us to school and work, and weary commuters pushing home after a day of work.  The cheery “pencil-yellow” of the school bus is offset by the screeching of subway cars and the din—can it really be called “gorgeous”?—of honking cabs.  The poem certainly attests to the vitality of America, and not just through the depiction of a country at its most visually stimulating.

The images in the poem move from the universal to the specific, so that from out of the millions of nameless, faceless Americans one figure in particular emerges: the immigrant.  This is where “One Today” does something very interesting: it shows us the exact point at which the story of the immigrant experience intersects with the myth of the American Dream.  Thus Blanco also revisits the familiar narrative of America as the land of opportunity.  In “One Today,” being American has to do with believing, with embodying, the American Dream.  Blanco’s tribute to his own immigrant parents—the grocery store cashier and sugarcane farmer whose hard work and sacrifice ensured that their children would have a better life—serves as a powerful reminder that the American Dream cannot exist without a steady flow of new immigrants to keep it alive.  It is in the evocation of his mother’s hard work and dedication in a low-wage menial job and his father’s sweat and sacrifice in the sugarcane field that the American Dream finds its most poignant—and most recognizable—expression in the poem.

This is a mythical America; in spite of the precise attention to detail which provides us with some beautiful and evocative images, there is a curiously intangible quality about the poem.  It is in this way that the poem moves from the collective and impersonal images of “the dust of farms and deserts” to the startling and singular appearance of a “song bird on [the] clothes line.”  Unity, although the guiding motif, is hard to pin down to any specific image in the poem.

What do you think?  In your opinion, what is America’s defining quality: diversity, inclusivity, or unity?  Is the American Dream as vital today as it was one hundred years ago?  What makes a nation of immigrants most cohesive: their individual differences or their shared similarities?  I look forward to hearing your thoughts on Monday.

(The English Reading Circle on Poetry colloquium about this poem will take place next week Monday September 26th at 18:30 h. You can sign up at www.iie.es/agenda)