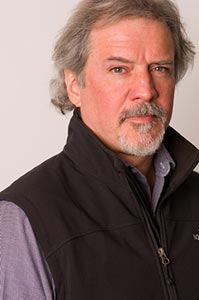 ENGLISH READING CIRCLE ON POETRY – POEM OF THE MONTH ANALYSIS: “IN THE BLIZZARD” BY MARK CONWAY

This month, we’re very pleased to welcome Mark Conway to our poetry session, where he will be sharing his new poem “In the Blizzard” (the text of the poem appears at the bottom of this message).

Last month we contemplated matters of life and death with Nick Flynn’s “If This Is Your Final Destination.”  Flynn’s poem alerted us to the dangers of disorientation caused by a mix of “memory and desire,” to borrow the phrase from T. S. Eliot, as the speaker desperately tried to ground himself in his present reality, while his mind and imagination continually pulled him elsewhere: upwards, downwards, backwards, and forwards.  This inability to orient oneself is also precisely the danger of being lost in a blizzard, of “look[ing] into the wind / [and] seeing nothing but whiteness ahead.”   Thus, this month, we stay with those feelings of disorientation although we leave the man-made purgatories of airport lounge and hotel living and enter the no-man’s-land of nature at its most primal and unknowable.

Of the two poems, Conway’s expresses both a greater sense of urgency to get home and a serenity or solace that causes us to stop in the middle of our journey and reflect on the landscape around us.  Perhaps this is because Flynn’s poem assaults the senses with a constant but meaningless flow of stimuli: TV news, sports reportage, infomercials, elevator music, and loudspeaker announcements.  In Conway’s poem, by contrast, the world has narrowed down to an overwhelming whiteness in which the only two senses are sight and sound, and they have little to take in.  Whereas Flynn’s speaker is desperately grabbing at anything that might serve as a lifeboat or anchor, in Conway’s poem, the speaker is able to focus on the horses in the snow, and follow them as they offer to guide him home.  Grubby and matted and shuffling through the relentless storm, the horses provide a dark solidity, an earthy warmth that offers relief from the cold, white oblivion of the blizzard.  And yet, there is still something hallucinatory about the horses, who are at once both “seen / and invisible,”  and about the sense of reality in the poem in general.  The horses appear to “flicker” on the landscape, as if they were not really there at all, but were instead being conjured up by the speaker as he seeks a guided path homeward.  Is this the point?  That in times of darkness, when we are lost, we ourselves create those guiding lights that will steer us in the right direction and return us home?  In such a blank landscape, isn’t it natural that our mind will fill in whatever it is that we are lacking or seeking?

Conway suggests that Wallace Stevens’s poem, “The Snow Man” (1921) can be read as a contrasting poem to his own.  (You can read and listen to a recording of “The Snow Man” here.)  Certainly, both poems deal with the sensorial experience of being surrounded by a winter landscape.  Both poems focus on the senses of sight and sound, and on the interpretations of reality we may make from our sensorial input.  It is the mind that hears misery in the sound of wind; the wind itself is not miserable.  This is what Stevens means when he refers to “behold[ing] / Nothing that is not there and the nothing that is.”  How, though, do we listen to the wind and not hear misery in it?  How do we separate our perception of reality from reality itself, distinguish our fears and longings from the presences and absences that give rise to them?  In a way, both poems ask us to think about the blank spaces that we long to fill with whatever it is we want or need.

Poetry can often help us make sense of a disorienting reality.  It offers to guide us through an experience with the help of beautiful images and powerful words.  There are a number of these in both Conway’s and Stevens’s poems: filthy, grubby, matted, mended, flicker, shuffle, drift, howl, crusted, shagged, glitter.  I invite you to say these words out loud and to contemplate the effect they have on you.  I’m interested to hear your thoughts on poetry’s guiding powers on Monday.  Until then, I urge you to lose yourself in the snow, in the whirling, swirling, howling world of “In the Blizzard,” and to see where you find yourself.

the horses are filthy in their winter coats

the blizzard continues and the world is the wind

our eyes close to slits

inside the drift and the howl

the horses aren’t ours / not even broken to ride

still they help us get home

as we look into the wind

seeing nothing but whiteness ahead

with them dark inside