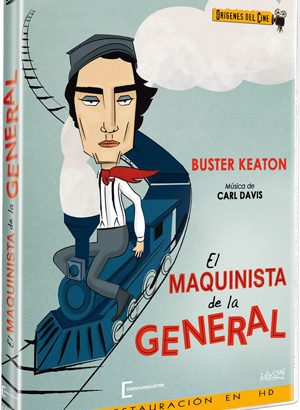 “The General's Machinist” directed by Buster Keaton and Clyde Bruckman

“Johnny Gray (Buster Keaton) is a train driver in a southern state with two great loves: a girl (Anabelle Lee) and an engine (The General). In 1861, at the outbreak of the Civil War, Johnny tries to enlist, but the army believes that he will be more useful working in the rear. However, Anabelle believes that he is a coward and rejects him. The engineer will only be able to demonstrate his true value when a Nordist commando infiltrated in the Confederate lines steals "La General" from him and kidnaps Anabelle."