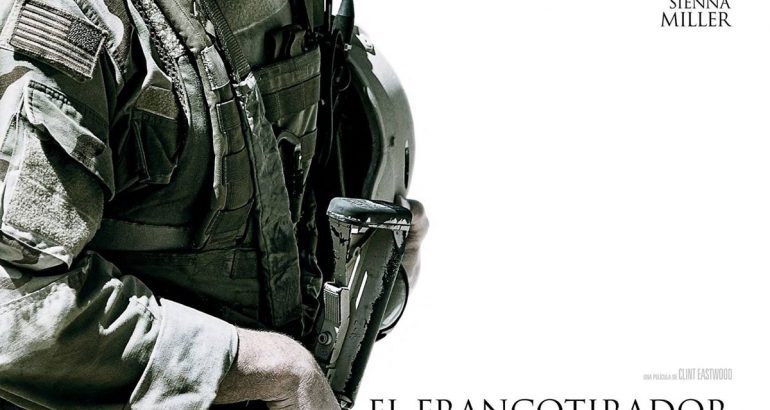 The Sniper (American Sniper-Clint Eastwood, 2014) is a film directed by Clint Eastwood based on the autobiography of Chris Kyle, a Navy SEALs who served in the war in Iraq, entitled American Sniper: The Autobiography of the Most Lethal Sniper in US Military History. Released in 2014, the film became the highest grossing of the year in the United States. At the 2014 Oscars, it was nominated for Best Picture, Best Screenplay, and Best Actor (Bradley Cooper), and won for Best Sound Editing. Both Eastwood's direction and Bradley Cooper's performance as Chris Kyle were praised by critics.

Originally from rural Texas, Chris Kyle had learned to shoot from his father. He enlisted in the SEALs shortly before the attacks of September 11, 2001 and the beginning of the war in Iraq. Stationed in Iraq, he became the best-known sniper in the army, where he was referred to as "the legend." Unlike the autobiography it is based on, the film depicts Kyle's tragic death in 2013, back in Texas.

Known as one of the figures of American cinema par excellence, with The Sniper Eastwood moves to the territory of the war in the twenty-first century. Self-identified as a moderate Republican, Eastwood has criticized the wars the United States has been involved in from the war in Vietnam to the wars in Afghanistan and Iraq. The director has classified the film as anti-war, because of how it shows the struggle of veterans to reconcile their experiences in war with life after the battle. However, others have taken the film as pro-war, not least because of the way he glorifies the role of the sniper and because of its highly patriotic tone.

Unlike most of the films in this year's film series, which consider the issue of human and civil rights in American cinema, The Sniper It is not limited to the domestic sphere of the United States. It also asks the viewer to consider the importance of human rights in wars in foreign lands. It proposes a reflection on the human cost of wars in contemporary times, and especially the role of the veteran in civic society.