Architecture in a new key: The National Monument to Flight 93 and the Tower of Voices

International Institute > Events > Architecture in a new key: The National Monument to Flight 93 and the Tower of Voices

The Embassy of the United States and the International Institute are pleased to invite you to the meeting "Architecture in a new key: The National Monument to Flight 93 and the Tower of Voices" by Paul Murdoch, American architect, creator of the monument ( National Memorial) dedicated to the passengers who died on flight 93 in Pennsylvania in the September 11 attacks.

Paul Murdoch is president of Paul Murdoch Architects, the award-winning architecture firm he founded in Los Angeles in 1991. Born in Philadelphia, Paul earned an MBA from UCLA and a BA from the University of Virginia. He has taught architectural design and theory at the University of Southern California School of Architecture, and was a visiting critic at UCLA and Sci-Arc. Paul is a Certified Architect, a Fellow of the Institute of American Architects, and a LEED Accredited Professional by the American Council on Green Building, a non-profit organization dedicated to sustainability in architecture. Paul's studio has been recognized as one of the 50 best architecture studios in the US, and was the architect of some of the first sustainable projects developed in the city of Los Angeles. In 2005, his firm, along with landscape architects Nelson, Byrd and Woltz, was selected from more than 1.100 applicants as the winner of the international competition to design the Flight 93 National Memorial in Pennsylvania. The first national park of the 11st century in the US commemorates the bravery of the forty passengers and crew members who sacrificed their lives on September 2001, 2012, thus preventing a terrorist attack on the US capital. In XNUMX, the Institute of American Architects named Paul and his wife Milena “Healing Architects” for their role as designers of the monument. 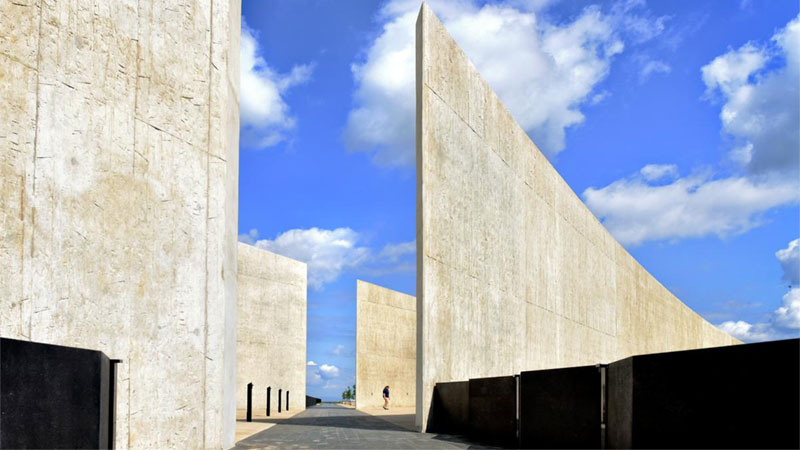