The International Institute, the American Space Madrid and the Association of Friends of Music, Museums and House-Palaces are pleased to invite you to the concert offered by guitarist Aaron Larget-Caplan. T. Schuttenhelm, composer, has said of him:  "Mister. Larget-Caplan represents the ideal artist of the XNUMXst century. More than just a guitarist, he is an ambassador of the instrument”

The Guitar in the World, from East to West

Carnatic Prelude No. 1, After JS Bach

“Aaron is a unique talent not to be missed”
–Washington Post

Noted for his “astounding technical proficiency and artistic delicacy” (Boston Musical Intelligencer), classical-world guitarist Aaron Larget-Caplan is an international touring and recording artist. He has performed solo and chamber music in Russia, Europe and across the United States including El Palacio de Linares (Madrid, Spain), Yelagin and Sheremetev Palaces and the St. Petersburg Conservatory (Russia), Mantova Chamber Music Festival, Corte Eremo and Castillo de Galeazza (Italy), Crocker Art Museum (Sacramento, CA) and Jordan Hall, (Boston, MA). At the age of 16 he made his debut at the Tabor Opera House and has since premiered over 65 solo and chamber compositions, performed with orchestras, created commissioning endeavors, directed concert series and brought classical music into schools and community settings. A gifted performer and speaker, he is sought for his deft programming of new and standard repertoire while connecting with audiences with a Bernstein-esque ease. 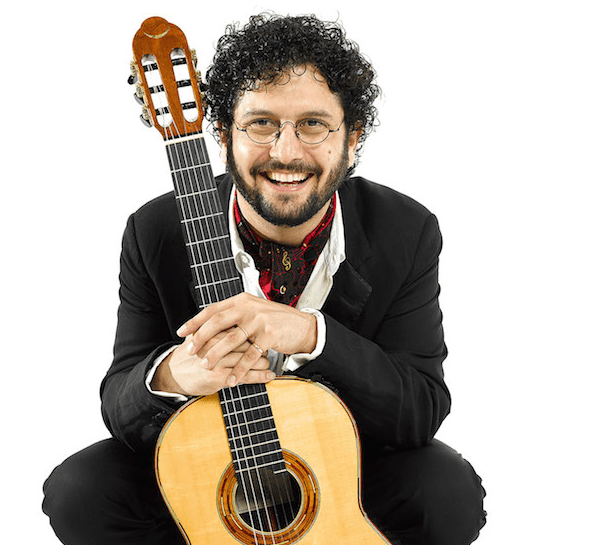