“US Midterm Takeaways”. EUS mid-term lessons: analysis of the results

The US Embassy and the International Institute are pleased to invite you to a meeting with Sean Trende, senior election analyst y Exchange Alumni participating in the International Visitor Leadership Program (IVLP) who have recently traveled to the United States in specific programs on US Midterm Elections.

The speakers will analyze the results of the mid-term elections that took place last November 6th and the starting point for the 2020 presidential campaign. The session and interventions will be in English and Spanish and we will have simultaneous interpretation.

In charge of: Sean Trende, senior analyst at RealClearPolitics, senior election analyst RealClearPolitics 2010 since. He is the author of The Lost Majority: Why the Future of Government Is Up for Grabs and Who Will Take It (Palgrave Macmillan, 2012) and a JD from Duke University. He also has a Master's in Political Science from the same University, and graduated in this subject from Yale University. He currently collaborates with different media, highlighting his contributions in Fox News Channel y MSNBC.

Moderated by: Cristina Crespo, Director of External Relations of the Franklin Institute

Free entry until complete seats.
The conference will be given in English and there will be a translation service.

Sean Trende is the Senior Elections Analyst for RealClearPolitics. He is the author of “The Lost Majority: Why the Future of Government Is Up for Grabs and Who Will Take It,” and co-authored the Almanac of American Politics 2014. Before becoming a full-time political analyst, Sean practiced law for eight years at Kirkland & Ellis LLP, and Hunton & Williams LLP, where he has represented clients in a variety of contexts, from state trial courts to the Supreme Court of the United States. Sean earned a juris doctorate from Duke University, a master's degree in political science from Duke University and a bachelor's degree from Yale University. 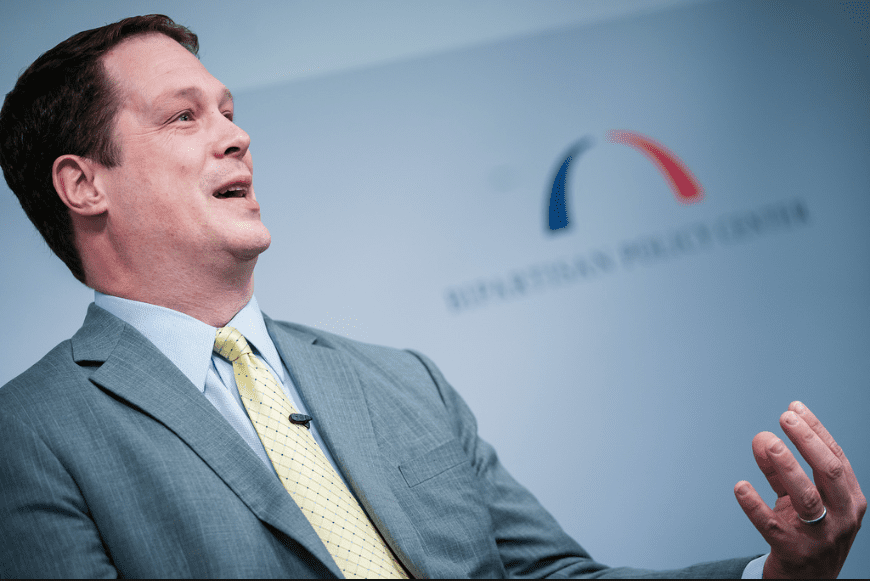