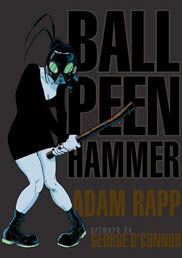 “Ball peen hammer” by Adam Rapp & George O´Connor with color by Hilary Sycamore “The world is dying.  After most of the city succumbed to the plague, Welton’s staying inside — permanently.  But hiding in his claustrophobic basement room — the only place he knows is safe — exacts a gruesome price, and he becomes

“Skyscrapers of the Midwest” by Joshua W. Cotter “Observing the isolated existence of an adolescent cat, his younger brother and their overactive imaginations in the American Heartland, Skyscrapers of the Midwest serves as an intimate chronicle of their stories of childhood hope, panic and loss. Filled with belligerent cowboys, lumbering automaton deities and wide-open spaces,

“Big beastly book of Bart Simpson” by Matt Groening “Bart Simpson gets brutal with a brilliant and brand-new collection of comics and stories brimming with bitter rivalries, baseball gone bionic, bully bonding, and babysitters gone bad. Bart and Homer find themselves up a creek when they go fishing together. Bart tries to elude haunted detention 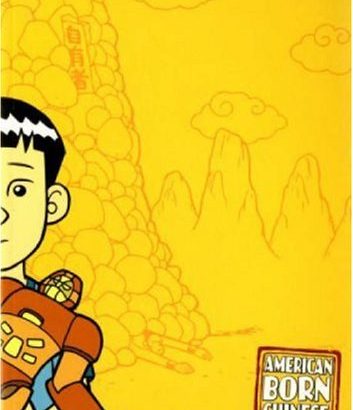 “American born Chinese” by Gene Luen Yang “American Born Chinese tells the story of Jin Wang, a son of Chinese immigrants, who struggles to assimilate at a predominately white school after moving from San Francisco’s Chinatown to the suburbs. Jin’s story is interwoven with the legend of the Chinese folk hero Monkey King, and a