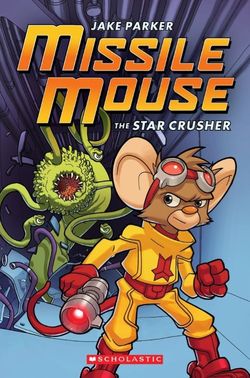 “Missile mouse: The start crusher” by Jake Parker “Missile Mouse, secret agent for the Galactic Security Agency, is a risk taker and a rule breaker, which is why he’s in hot water at GSA headquarters. Then RIP, the Rogue Imperium of Planets, kidnaps a scientist who knows about the Star Crusher, a doomsday machine capable 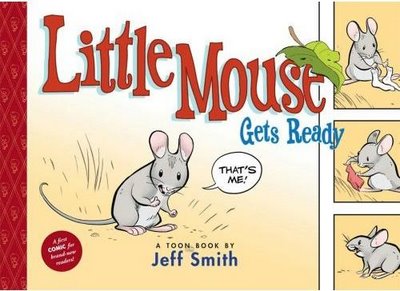 “Gets ready” by Jeff Smith “There’s lots to do before Little Mouse is ready to go visit the barn. Will he master all the intricacies of getting dressed, from snaps and buttons to Velcro and tail holes? Eisner Award-winning cartoonist Jeff Smith and his determined Little Mouse reveal all the smallest pleasures of this daily 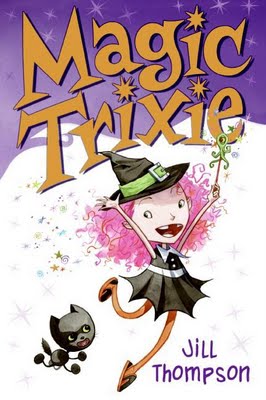 “Magic Trixie” written and illustrated by Jill Thompson “Magic Trixie doesn’t understand why no one will take her seriously! First, she’s not allowed to do anything fun, while her baby sister gets away with everything, and then she needs to come up with a trick that’s really special to impress her friends. Luckily Trixie has 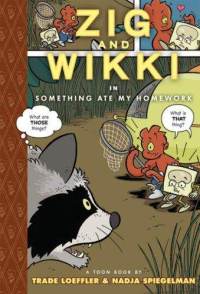 “Zig and Wikki in something ate my homework” by Nadja Spiegelman  and Trade Loeffler “Another gem from Toon. In this one, aliens Zig and Wikki set out to catch a specimen for their homework assignment. Zig is the somewhat sensible, one-eyed one and Wikki is a fearless computer-screen being.” Extraído de Amazon. Ver además: http://www.toon-books.com/book_zig_author.php 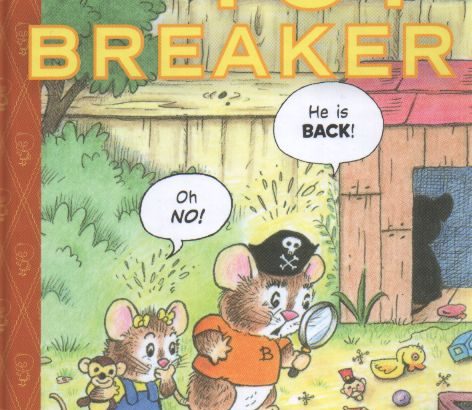 “Benny and Penny in the toy breaker” by Geoffrey Hayes “Benny and Penny hide every toy and tell Cousin Bo he can’t play with them. Will the three mice find a way to play without something getting torn, ripped, or snatched away?” Extraído de Toon Books. Ver además: http://www.graphicnovelreporter.com/content/benny-and-penny-toy-breaker-review http://www.toon-books.com/book_benny_interview.php Los títulos seleccionados son una

“Jack and the box” by Art Spiegelman “Jack just got a new toy, and it’s full of surprises. Each time the box pops open, there’s a new and bigger surprise. Is it a silly toy, a scary toy…or something else entirely? With a limited vocabulary and unlimited imagination, Art Spiegelman applies his out-of-the-box thinking to

“Stinky” by Eleanor Davis “STINKY IS A MONSTER who loves pickles and possums but is terrified of people. When a new kid enters his swamp, this adorable little monster comes up with all sorts of crazy plans to scare him away. But Stinky quickly learns to conquer his fear, as he realizes that bats, rats,

“Big beastly book of Bart Simpson” by Matt Groening “Bart Simpson gets brutal with a brilliant and brand-new collection of comics and stories brimming with bitter rivalries, baseball gone bionic, bully bonding, and babysitters gone bad. Bart and Homer find themselves up a creek when they go fishing together. Bart tries to elude haunted detention