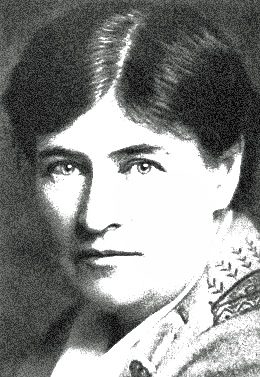 THE SHORT STORY OF THE MONTH ANALYSIS: Paul’s Case” by Willa Cather

March’s story is “Paul’s Case” (1905) by Willa Cather.  Cather is best known for her novels My Ántonia (1918) and O Pioneers! (1913), works which chronicle the lives of European settlers on the American frontier, in particular the prairies of Nebraska.  Cather grew up in Nebraska, and graduated from the University of Nebraska in 1895, before moving east to Pittsburgh, Pennsylvania, to work as a journalist.  Presumably, the time she spent working in Pittsburgh allowed her to observe different ways of life in this city.  The carefully selected details about how the neighbors of Cordelia Street spend their Sunday afternoons not only present us with a vivid picture of life in an early twentieth-century American city, they tell us almost everything we need to know about why Paul would want to escape from that life.  From her observations and the interpretations she makes about what she has observed, Cather thus presents us with a tale that is part medical history, part police report, part mystery.  For if the details which make up the background to this story are sharply observed and carefully, even cleverly selected, this clarity slips away from us at the moment of reading.  What exactly, I found myself asking as I read the story, is Paul’s “case”?

If we turn to the narrator for guidance, we are not likely to find it.  At the beginning of the story we are introduced to Paul through the complaints of his teachers, and at this point in the story, the narrator appears to be agreement with them.  Are we meant to take this seriously?  Are we meant to take their side against Paul?  Or, are we meant to see the injustice of this ganging-up on Paul – the “street cat set at bay by a ring of tormentors” – and rally our sympathy in support of him?  This ambiguity, evidenced by Cather’s refusal to situate herself firmly for or against Paul, makes it seem likely that the narrator is treating everyone – Paul, his vindictive teachers, the unglamorous soprano soloist, his thrifty father and complacent sisters – with some degree of irony.  Indeed, any simple, unadulterated sympathy we might start to feel for Paul is hard to sustain, as we watch him leave the disastrous meeting with the school faculty and whistle his way to his afternoon job as an usher at Carnegie Hall.  This seems to be the first and last truly carefree moment for Paul in the whole story.  Things only go from bad to worse, starting with the sleepless night in the rat-infested cellar and culminating in the sequence of ill-fated events that will lead to his suicide.

I am very interested to hear your interpretations of Paul and his case when we discuss the story on Tuesday.  I would particularly welcome your thoughts about any of these questions below:

I look forward to hearing your responses, and to seeing you soon.