A conversation with Spencer Reece

Spencer Reece (Hartford, Connecticut), earned a BA at Wesleyan University, an MA at the University of York, an MTS at Harvard Divinity School, and an MDiv at Yale Divinity School. Reece’s debut collection of poetry, The Clerk’s Tale (2004), was chosen for the Bakeless Poetry Prize by Louise Glück and adapted into a short film by director James Franco. He is also the author of the collection The Road to Emmaus (2013), which was a longlist nominee for the National Book Award.Last year he lived in San Pedro Sula, Honduras, and worked with the abandoned and abused girls of the only all girl orphanage in the country to make a book of poems that the girls wrote.  This project is being made into a documentary film for Sundance 2016 His honors include fellowships from the Guggenheim Foundation and the National Endowment for the Arts, grants from the Fulbright Foundation and the Minnesota State Arts Council, a Witter Bynner fellowship from the Library of Congress, the Amy Lowell Poetry Travelling Scholarship, and a Whiting Writers’ Award.(www.poetryfoundation.org)

Dr. Isabel Durán is Professor of American Literature and Department Chair (English Dept.), Complutense University in Madrid (Spain). She was the Associate Dean of the School of Philology (2006-2010) and Coordinator for the Humanities at the El Escorial Summer Courses. She is President of SAAS (Spanish Association for American Studies) , and has been member of the General Council of ASA (American Studies Association).Her research and publication record on gender studies, literature, autobiography and ethnicity include the edition of an eight-volume Gender Studies collection (the last one being En torno a Espacios y Género /Negotiating Gendered Spaces, 2013), following her book Autobiography: Female Versions in 20th Century American Literature (in Spanish). She is also the co-editor of the book Miradas Transatlánticas /Transatlantic Vistas: Cultural Exchanges between Europe and the US (2011). She is at present working on a book about contemporary American autobiography, and is doing research on Latina/o and literature, as part of a research team. She has been a Fulbright fellow on two occasions. (www.ucm.com) 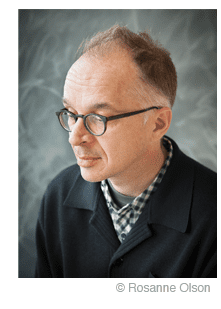