Mark Damisch is an American concert pianist who began studying organ at the Evanston Conservatory of Music at the age of four. He performed his first piano concert at seven. As a teen in 1974, he toured Europe both as a pianist and also in a vocal group alongside the Vienna Boys Choir. In Salzburg’s Mirabel Gardens, he first considered the idea of touring on his own. The following year, Mr. Damisch arranged, promoted and performed concerts in Eastern Europe, Western Europe and the Soviet Union in furtherance of goodwill and international relations. In 1976, he performed in Moscow and Leningrad, and in 1977, he performed a 7-week tour around the world. In 1980-81, while attending law school, Mr. Damisch played fundraising concerts to raise money for students wishing to work in Chicago legal aid clinics. After a 19-year hiatus, Mr. Damisch returned to the concert stage in the summer of 2000, continuing his mission of performing for charitable causes worldwide. To date, he has raised over $1 million for local and national organizations. Mark Damisch’s piano concerts have taken him to more than 40 countries, including Japan, the Soviet Union, Ukraine, Israel, Egypt, the Netherlands, Africa, China, the Greek Islands, Iceland, Taiwan, Vietnam, Australia, New Zealand, India and more. He has performed in the Shuvalov Palace, raising funds for local orphanages; in Klin, at Tchaikovsky’s House; in Iskra, at the New Jerusalem Monastery; in Warsaw in the Museum of Jan Paderewski; and in Kyiv, Ukraine, at the National Philharmonic Hall to raise funds for local orphanages and in the Konstantinovsky Palace, Saint Petersburg, the “White House” of Russia He has performed at the Houses of Friendship in Moscow, Kiev and Leningrad, Soviet Union; in Hiroshima, Japan, sponsored by Mayors for Peace, an organization devoted to the elimination of nuclear weapons; in Shenyang, China, where over $150,000 was raised for the Red Cross in a concert broadcast live to a city of 8 million people. He has appeared on Swiss National Radio and Voice of America. Mr. Damisch’s concert tour for peace in the Middle East included concerts sponsored by the United States Embassy, Egypt; the Ein Gedi Kibbutz; and the Ticho House, Jerusalem. Throughout his many tours each year, he has performed numerous times in coordination with U.S. Embassies and the U.S.O. Mr. Damisch, who also appears in numerous domestic performances every year, has been joined on tour by his daughters Kristina, Katherine and Alexandra, who sing and play the piano. Mr. Damisch makes his career in Chicago as a personal injury and medical malpractice attorney, and is a former criminal prosecutor with the Cook County state’s attorney’s office. He holds an undergraduate, a master’s degree in business administration, and a law degree from Northwestern University. He is also a Certified Public Accountant. An active community member, Mark Damisch was elected to three consecutive terms as President of Northbrook, Illinois, where he makes his home with wife Patty and their three daughters. 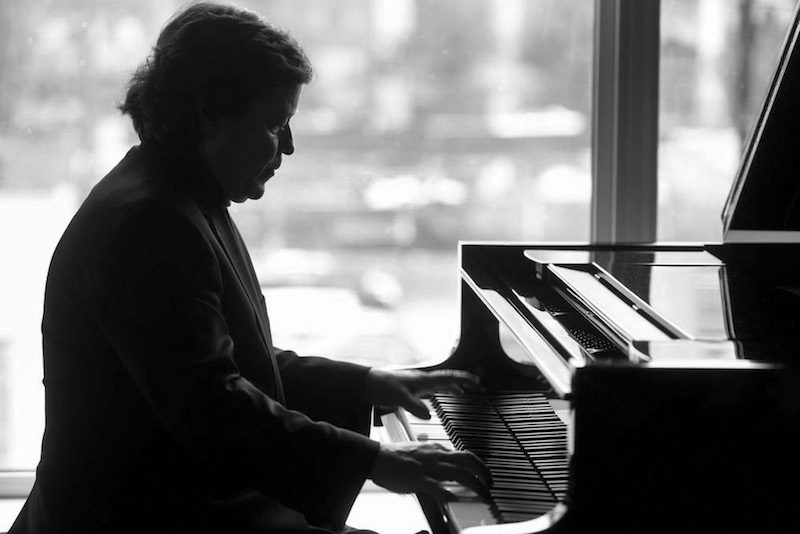