Individualism vs. Communitarianism in American Life: Achieving a Balance

Join us for a talk by Professor Michael Aaron Rockland as he discusses American values of individualism and community and their current situation in American politics.

Michael Aaron Rockland is professor of American Studies at Rutgers University. His early career was in the U.S. diplomatic service, during which he was a cultural attaché in both Argentina and Spain. He is the author of fourteen books, five of which have received special recognition and prizes. His latest books are The George Washington Bridge: Poetry in Steel (Rutgers), Stones, a novel, and two memoirs, An American Diplomat in Franco Spain and Navy Crazy (all Hansen Publishing Group). Rockland has won seven major teaching/lecturing awards, including the National Teaching Award in American Studies. He has lectured in some twenty-three countries around the world. A regular contributor to New Jersey Monthly magazine, he has also worked in television and film production, mostly for P.B.S., including scripting and acting in one movie. He is regularly interviewed on N.P.R. 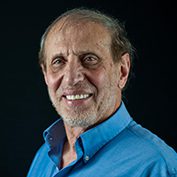