Please join us at American Space Madrid and the International Institute for the screening of the documentary film “Voices Beyond the Wall” directed by Brad Coley and produced by James Franco. The film tells the story of the Our Little Roses all-girls orphanage in San Pedro Sula, Honduras, where poet and Fulbright Scholar Spencer Reece initiated a poetry education project that introduced students to forms of poetic expression. This event is part of the Unamuno Author Series Festival, founded by Spencer Reece in celebration of a shared love for poetry and the possibilities it affords.

The film will be screened in its Original Version with subtitles in Spanish.

Post-screening discussion and debate will be led by director Brad Coley, poet Spencer Reece, author Sheila Maldonado, editor and founder of Tia Chucha Press Luis Rodríguez, and poet Tom Healy who between 2011 and 2014 was the Chairman of the Fulbright Scholarship Board. Fulbright awardees and alumni will also be in attendance.

Founded twenty-five years ago in San Pedro Sula, a Central American city infamous for its poverty and violence, Our Little Roses is the only girls' orphanage in Honduras. Seventy girls, ages 1-18, have found refuge there from broken and destitute homes, murderous streets, and the neighboring Bordo, the worst slum in the Americas. Inside twenty foot high concrete walls topped with barb wire, they receive medical attention, food, shelter, and the nurturing care of a vibrant and entirely female collective of other “Desechables”.

“Voices Beyond the Wall” explores the question: how do those subjected to profoundest trauma and rejection begin to heal themselves and change the course of their lives? It bears witness to the catharsis that occurs when marginalized adolescent girls are encouraged to find their voices, in poetry and their own words. In the winter of 2012, Spencer Reece, an award winning American poet and Episcopal priest, came to live at home for a year. On a Fulbright grant to teach the girls poetry and help them create a book of their own work, he found himself immersed in a profoundly challenging environment. His attempts to teach the girls were largely rebuffed- poetry is too difficult, personal, and boring they insist. Who would want to read about their lives anyway? Oh and Father, we don't like the words 'orphan' or 'orphanage.' We call ourselves “Chavas”. And we call this place home.

Home is both setting and subject of the film. What happens when a home is lost? What is needed to rebuild one? And the difficulty of growing up, leaving, and creating a home of one's own. At the end of Spencer's year, a book of the girls' poems has taken shape and he returns to the United States to edit and publish it. The writings are moving and complex, operating both as an emotional touchstone and an inspiration for the mosaic structure of the film itself. The range of subjects are varied but often return to the nature of love and family, the pain of betrayal, and the mothers they lost or never had. Always a central back-drop is the frightening world that awaits them outside the thick steel gate. So when two of the 18 year olds graduate from the home, the film follows them out into the mean streets of the city. They both face the harsh reality of a deeply challenged university system, the long hours of grinding, low paid jobs, and a society where the lives of girls and women are routinely denigrated and at risk. Like prodigal daughters, these now two educated and aspiring young women have returned to the maelstrom that cast them out over a decade before. They will endeavor to build a future in a place from which many of their peers are fleeing northwards in the hopes of re-writing the grim narrative that has made their homeland the murder capital of the world. The fate of both of them will remain, like Honduras itself, hanging in the balance. What will endure, indelibly, are lives expressed in poetry- written, spoken and lived out before our eyes. This film, like the poems within it, opens a door to an intimate universe. Voices will be heard, clearly and at long last, by a country that had no place for them and a world that, until now, has turned a deaf ear. For in the histories and hearts of these girls resonate quandaries that have drawn poets for millennia and are no less vital today. And in their emerging voices and lives there is something else revealed: a hope and a challenge; that the world might be home to us all.

The Unamuno Author Festival began by accident on March 27, 2012, the day American poet, Adrienne Rich died. Founder, poet and Episcopal priest, Spencer Reece, held what was intended to be a “one-off” reading on the patio of the Redentor Cathedral to cheer up his friend of him, Cuban-American poet, Richard Blanco, who was despairing over poetry's diminishing readership. Have people attended. Unbeknownst to all, in less than a year Richard Blanco would be reading to millions of people for the second inauguration of Barack Obama.

In the 1930s, the esteemed and famously heterodox Spanish writer Miguel de Unamuno befriended the only protestant minister in the city of Salamanca, Rev. Atilano Coco. They wrote letters to each other, and Unamuno occasionally attended services at Rev. Coco's church. Their friendship endured as Spanish society teetered on the brink of civil war, divided between opposing ideological forces. But it came to a tragic end with the Fascist military uprising in the summer of 1936, during which Coco was arrested and shot dead in a firing squad. Unamuno died shortly afterward of a heart attack while under house arrest ordered by the Fascists.

Please join us at American Space Madrid and the International Institute for the screening of the documentary film "Voices Beyond the Wall" directed by Brad Coley and produced by James Franco. The event is part of the Unamuno Author Series Festival, founded by Spencer Reece in celebration of a shared love or poetry and all its affords. 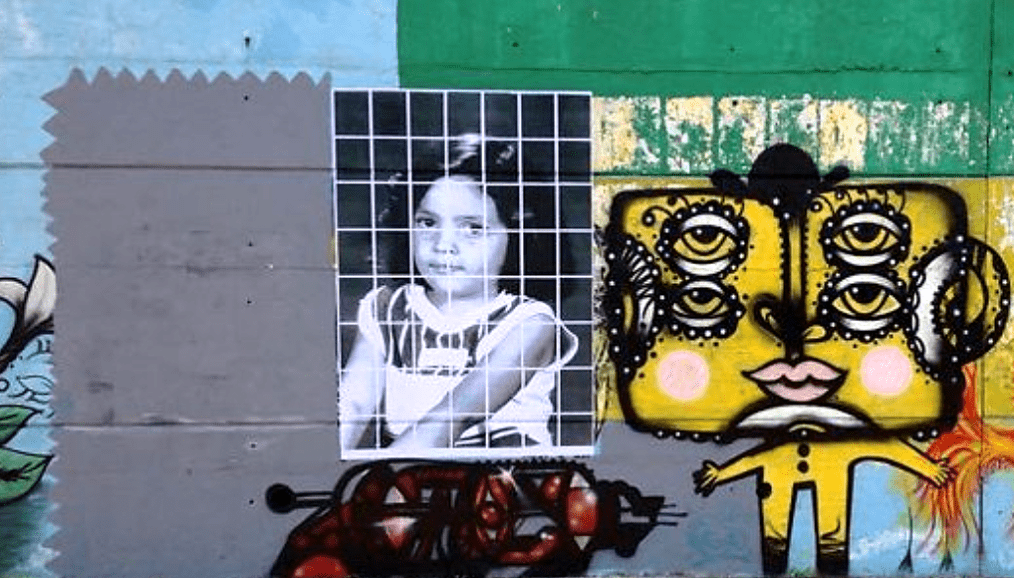